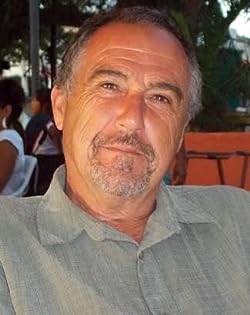 Presentation Description: In shamanic societies shaman ceremonies and rituals are used to heal and cause miracles. At The Monroe Institute audio technologies are used to bring about altered states and expanded awareness. Magic exists in both places. The overlap, connections and difference is fascinating and worthy of examination and will lead to a powerful synthesis.

Bio: Michael Peter Langevin is a global leader and pioneer in the field of New Age thought and Shamanic transformation. He has greatly enhanced the way the world views physical, mental, emotional, spiritual, and social wellness. At the core of the teachings lies the transformation of consciousness, a spiritual awakening that he sees as the next step in human evolution. An essential aspect of this awakening consists in transcending our ego-based state of consciousness. This is a prerequisite not only for personal happiness but also for the ending of violent conflict endemic on our planet. He has authored three books: Spiritual Business, Secrets of the Ancient Incas, and Secrets of the Amazon Shamans.

Michael Peter was the CEO of CSI Media, and the Co-Founder of Magical Blend Magazine, Natural Health and Beauty Magazine and Transitions Magazine.

A visionary and entrepreneur who befriends shamans, magicians, holy men and gifted psychics, Langevin has had many strange experiences and just as many wonderful opportunities as the publisher of what Book-of-the Month Club calls "the most open-minded magazine in the world." He was the host of the "Magical Blend" TV show and has been interviewed on countless radio programs. His writings have appeared in many anthologies and publications. For all his adult life Michael Peter has been exploring the occult and ancient mysteries, which most people avoid and fear. He first visited Peru in 1973 at age 20. He has returned to Latin America many times to deepen his shaman studies and widen his knowledge of ancient pre-Columbian cultures. He founded Magical Blend magazine in 1980 and has studied with the most powerful and cutting-edge, spiritual leaders of our times. Michael Peter has traveled to and spent time studying many exotic locals all over the world. Michael Peter has been conducting workshops and lectures worldwide for large groups since 1985.

At this time, Michael is focused on giving back to the world in a larger way. Michael Peter works as an author and lecturer in the Blue Ridge Mountains of Virginia. He also works with The Monroe Institute www.monroeinstitue.org