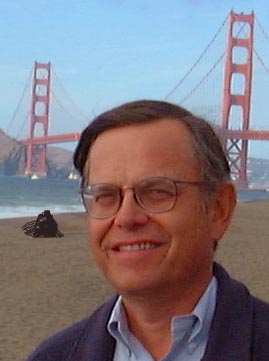 Presentation description: Investigates how Quantum Physics supports consciousness survival and looks at the currents scientific work being done at the Institute of Noetic Sciences, from his own experiences as an NDE survivor & also Evidential Medium test subject at NOETIC Consciousness Research Lab.

Bio: 40 some years ago Alan Hugenot, while a college student, was killed in a motor cycle accident. But he returned for a second life in the same physical body. Today, the medical community calmly says that he, “survived a Near-Death experience (NDE)”, But, in those days (early 1970’s), if he talked about being dead, traveling out of body to the other side and coming back, they wanted to immediately commit him to the "nut-house". It was not until 1975 and the publication of Dr. Raymond Moody’s book Life after Life, and it’s integration into the main stream that the medical community finally began to allow NDE survivors to speak more freely about their experience in which they had actually experienced the afterlife, out of body, on the other side of the veil and then returned to a second life in the same physical body.

In college, Alan Hugenot trained as a physicist and mechanical engineer, so he is well grounded in the Newtonian materialist scientific world, even though he adheres more strongly to the quantum mechanics view of the conscious universe, which he knows personally to be a better model of the universe.

Consequently, three differing perspectives (Christian, Physicist and Near-Death Survivor), added to 40 years of avid study since his "death", have given him a broad understanding of all sides to questions of consciousness survival after death as well as the leading edge physics which supports this survival. This multiple perspective allows Alan to provide honest analysis of the evidence for consciousness survival derived from the following emerging sciences:

1. The Near-Death experience as documented by the International Association for Near Death Studies (IANDS)
2. Research on children who remember past lives by Ian Stephenson at the the University of Virginia
3. Research on Mediumship by Gary Schwartz at the University of Arizona.
4. Past Life Regression Therapy (General Psychiatry)
5. Remote viewing (Stanford Research Institute)
6. Psycho-Kinetics studies at Princeton Engineering Anomalies Research (PEAR)