Walking Meditation and Focusing on the Divine

I recently attended a Zen Meditation that included a "mindfulness walk."   I found it odd that it was more like marching in cadence as soldiers would do during basic training than a spiritual practice. I was asked to stay in step with the person in front of me and keep the distance short.  Form was emphasized, even to the point that the person behind me stepped up to observe and correct my hand position during the walk.

So, I asked myself, "What is a  "mindfulness walk?"  Here is an excellent excerpt from Yoga Journal;   Mindful Nature Walking (One Step at a Time) by John Cianciosi.  (My comments are after the blue text)

In walking meditation, the primary object of attention is the process of walking itself. In other words, to sharpen awareness and train the mind to concentrate, you pay close attention to the physical act of walking, the way you take one step after another. Thus the object is more obvious and tangible than in the more refined meditation techniques, such as focusing on the breath or a mantra, which are often used in traditional sitting meditation. Focusing the mind on this more obvious object helps to avoid two extremes that meditators sometimes experience during their sitting meditation.

First, you are less likely to fall into a state of dullness or sleepiness because you are physically moving with your eyes open. In fact, walking meditation is often recommended for meditators who have a problem with the hindrance of dullness. My teacher, Ajahn Chah, used to recommend doing an all-night meditation vigil once a week. As you can imagine, one tends to get drowsy by 2 a.m., so Chah would encourage everyone to do walking meditation rather than sitting in a stupor of dullness. In extreme cases of sleepiness, Chah would advise us to walk backward-because you cannot fall asleep this way.

The other extreme is having too much energy, which typically results in feelings of mild tension or some restlessness. Because walking meditation is usually not practiced with the same intensity and concentration as a sitting practice, there is less chance of creating tension by using excessive force in an effort to focus the mind. Walking is generally a pleasant and relaxing experience for both mind and body, and therefore an excellent way to release stress or restless energy.

Another advantage is of special benefit for those who attend meditation retreats. During such retreats, participants often  meditate for many hours a day, and sitting for such long periods inevitably causes some physical discomfort or pain. Alternating between sessions of sitting and walking meditation helps relieve that discomfort in a pleasant way, enabling meditators to maintain a continuity of practice for a long time.

Finally, practicing walking meditation greatly facilitates the development of mindfulness in ordinary daily life. If you can learn to establish awareness during walking meditation—when you are physically moving with your eyes open—then it won't be difficult to arouse that same wakeful quality during other activities, such as practicing yoga, eating, washing dishes, or driving. It will be easier for you to arouse mindfulness while walking to a bus stop, through the park, or during any other time. Your meditation will begin to permeate your entire life.

The importance of this cannot be overstated. It is the presence of mindfulness that keeps your consciousness alive and alert to reality, thereby transforming ordinary life into a continuous practice of meditation, and transforming the mundane into the spiritual.

To illustrate the sheer power of mindful walking, I often recall an event that took place during the height of the Vietnam War. The well-known meditation teacher Thich Nhat Hanh was touring the United States, giving talks and participating in demonstrations in support of a peaceful resolution to the war. Obviously, people had strong feelings, and any demonstration could easily turn into an ugly confrontation. Fortunately, into the midst of that highly charged emotional atmosphere, Thich Nhat Hanh's presence brought the irresistible power of a truly peaceful being. I can still visualize the picture of this simple Buddhist monk at the head of a demonstration of thousands of people, walking slowly, silently, peacefully. With each step it was as if time paused, and the aggressive, restless energy of the crowd was miraculously calmed.

On that particular day, Thich Nhat Hanh did not need to talk about peace because everyone heard the reverberating message of each slow, meditative step. You too can learn to walk with mindfulness so that your steps print peace and serenity on Earth.

Walking meditation is best practiced on a designated path rather than casually walking about. The path should be straight, level, and have a reasonably smooth surface. It is also helpful if the path has a beginning and an end. You practice meditation by walking between these two points, being attentive and mindful of each step. Although the length of the path is primarily determined by individual preference, I have found that a path in the range of 10 to 20 yards is most useful. I suggest you experiment with paths of different lengths and find one most suitable for your practice.

Choosing a path with a beginning and an end is important because these two points provide structure for the meditation and foster sharper awareness. Each time you come to the end of the path, you are automatically reminded to check to see whether the attention is indeed with each step or whether the mind has wandered. In this way, you can re-establish focus more quickly and thus sustain awareness.

The guidelines for walking meditation are similar to that of sitting meditation: Choose an appropriate time and decide how long to meditate; for beginners 15 to 30 minutes may be suitable. The walking path can be either inside or outside, depending upon your preference and the area available. However, I have found quiet surroundings the best, as you won't be distracted by external activity or feel self-conscious while pacing up and down along the same path. Also, whenever possible, it is better to practice in bare feet, although this is not essential.

Having established these conditions, stand at one end of the path and hold your hands gently together in front of your body. The eyes remain open, gazing down along the path about two yards ahead. The intention is not to be looking at anything in particular but simply to see that you remain on the path and know when to turn around.

You should now try to center yourself by putting aside all concern for the past and future. In order to calm the mind and establish awareness in the present, abandon any preoccupation with work, home, and relationships, and bring the attention to the body.

The meditation exercise is simply to walk at a slow, relaxed pace, being fully aware of each step until you reach the end of the path you are walking on. Begin with the right foot. While taking that step, pay careful attention to the movement of the foot as it is initially raised off the ground, moved through the air, and placed on the ground again. Then take a step with your left foot, being equally attentive. Continue walking in this mindful and methodical way until you have reached the end of the chosen path.

If while walking you become aware that your mind has wandered away from the step, clearly note the distraction and gently, but firmly, bring your attention back to the step. It is often helpful to make a mental note of "right" and "left" with each corresponding step, as this keeps the mind more involved with the act of walking.

When you arrive at the end of the path, stop for a moment and check to see what the mind is doing. Is it being attentive? If necessary, re-establish awareness. Then turn and walk back to the other end in a similar fashion, remaining mindful and alert. Continue to pace up and down for the duration of the meditation period, gently making an effort to sustain awareness and focus attention on the process of walking.

Walking meditation may be practiced in a number of ways that require different degrees of concentration. While walking at a normal pace is suitable for developing awareness, very slow walking is more effective for refined concentration. You may want to experiment with walking at slightly different speeds until you find a pace most suitable for you.

I have been on several walking meditations with Thich Nhat Hanh and have found there was a different mechanism of consciousness at work.  Rather than restricted awareness as a result of focusing consciousness, there was a full awareness of all surroundings.  I found that like Brother Lawrence (no relation that I know of) described in his popular classic Christian text, "The Practice of the Presence of God," the purpose of the walk was to stay connected to God while performing whatever task you were doing whether washing dishes or walking in the woods.  When you stay connected, you are aware of all your surroundings as your consciousness expands and everything exists within you.  When you connect with God, everything exists within that consciousness to which you are connected, thus there is full awareness.

This is why Thich Nhat Hanh teaches focusing on your breath while doing the mindfulness walk as that focus is the pathway that leads within, the pathway to connecting to the Divine. External focus guides one to surrender externally to another person or object and does not lead to finding the Divine within.  While I am trained as a hypnotherapist and also as a stage hypnotist, I do not utilize hypnotism as it causes external surrender of individual will.

External focus creates inattentional blindness.  It blocks discernment, just as a hypnotic trance. Here is an excellent link to the now popular experiment by Daniel Simons and Chris Chabris.  If you have never viewed it, it's well worth the time to watch.

Just my humble opinion...(and I always reserve the right to be wrong!) 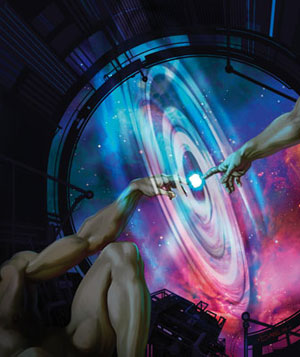 Hi, Lee - First, Thanks for inviting Susana and me to present.  It was an honor.  Second, about that Zen walking we did a couple of years ago:

Consider this particular Zen walking practice as a choreographed outing.  It is a social activity in which a group of persons coordinate in order to form a multi-individual organism.  For the individual, just as one might keep in mind the details of one’s sitting posture or focus one's attention on the breath,  keeping in mind the details of the formalized walking is an exercise in focus.  The mind which chatters to iteslf about this and that trains to focus on the form. This is a beginning on the path towards a self which eventually recognizes it doesn’t need to focus on anything in particular, can let go of the form, and can always walk with full and open attention in the vastness of space/time.

The divine we seek is beyond inside and outside and manifests in the place which has no inside and no outside.